Postage Stamps: A Way to Commemorate and Celebrate Today & Yesterday

Ever since the 1840s and the dawn of the British “Penny Black” postage stamp that featured a profile portrait of a then-young Queen Victoria, philatelists, or stamp collectors, have been scouring the world for those proofs of postage payment. Stamps have been used for nearly 200 years. In that timeframe, they have depicted presidents and influential individuals, national parks, musical artists, animals, paintings, and sculptures, among an extensive list of others. They have become a mark of changes in culture, policies, and essential milestones in countless countries around the world. For years and years, the United States Post Office has come out with new stamps to commemorate the passing of another one of Earth’s successful rotations around the sun, and this year, we at SAFE® Collecting Supplies believe it has outdone itself.

Looking Back from the New Decade

As we head into 2020, the USPS has announced their new stamp releases for the new year, including a beautiful, highly-decorated depiction of a Chinese rat mask to commemorate the Year of the Rat that runs from Jan. 25, 2020, to Feb. 11, 2021. This stamp is an example of the USPS’s stamps celebrating the future, but the new stamps also shine brightly on the greatness of past centuries, specifically the last 100 years.

One of our favorite new stamp series is the one that commemorates the 1920s Harlem Renaissance. The Harlem Renaissance is considered one of the most influential literary and artistic movements in U.S. history, which established African Americans as dynamic forces in the written and visual arts. These stamps feature four pastel portraits of some of the most essential literary names of this revolutionary period: educator and writer, Alain Locke; author, Nella Larsen; historian and book-lover, Arturo Alfonso Schomburg; and illustrious poet, Anne Spencer.

While African Americans were making their name in the humanities a century ago, women were making their mark in government. To commemorate the Women’s Suffrage movement and the addition of the 19th Amendment to the U.S. Constitution, the USPS has designed a stunning stamp featuring an illustration of marching suffragists during a public demonstration. This stamp is decked out in regal purple, gold, and white, the three colors of the National Woman’s Party.

Reaching back another century, the 200th anniversary of Maine statehood has found its way onto a beautiful stamp featuring the famous painting, “Sea at Ogunquit” (1914), by painter Edward Hopper. Finally, the USPS will release a commemorative stamp later this year of the landing of the Mayflower in Plymouth Harbor on Dec. 21, 1621.

One of the most fun and interesting aspects of stamp collecting is that new ones keep coming out, and we haven’t even broken through the surface of 2020 new releases by the USPS. If you or a loved one are a new or experienced stamp collector, you probably appreciate that every stamp could be considered a work of art that deserves preservation! Fortunately, we at SAFE® Collecting Supplies have high-quality stamp collecting albums and other stamp collecting supplies designed to keep prized stamps in excellent condition and easily shared and displayed. Look through our expensive inventory of supplies, books, and albums to find the perfect addition to your collection!

SAFE® Collecting Supplies has just announced its plans to makes available coin storage and coin collecting supplies to ease the coin shortage that currently pervades the United States. This is…
Read More 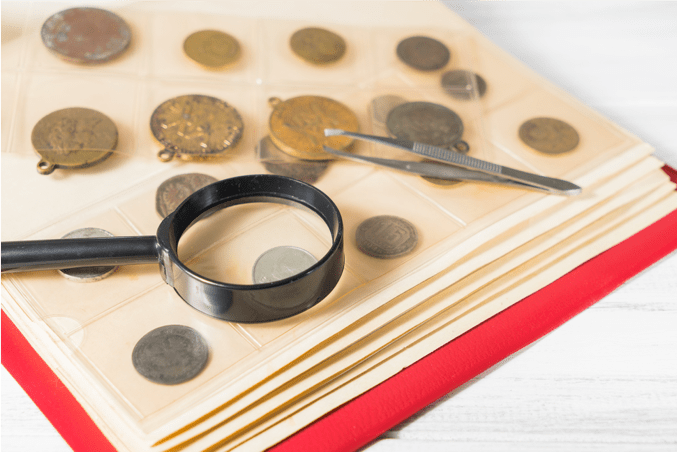 One of the big stories in coin collecting at the start of 2019 centered on a rare – actually, “unique” is a better word – copper penny from 1943 that…
Read More

2019 USPS Forever Stamps to Appeal to Every Type of Collector

For Nature Enthusiasts: Wild and Scenic Rivers – The photos on these stamps can take anyone’s breath away. There will be a dozen different designs featuring photographs that represent the more…
Read More

Introducing The New Mystical Snow Day Canada Coin There is no better way to celebrate the winter season than with this charming, colorful coin portraying one of winter’s most well-known…
Read More
Create a new list