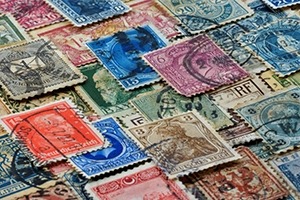 If you’re an avid philatelist, you’re most likely familiar with the Royal Philatelic Collection, possibly the most historic and famous stamp collection in the world. If you’re new to the hobby, you might be interested in a little bit of history.

As legend has it, Great Britain’s Royal Family started stockpiling stamps in 1864, thanks to Prince Alfred, the son of Queen Victoria. British monarchs and their descendants continued to add to the accumulation over the following century and a half — five royal generations — and now, St. James’s Palace is home to stacks of colorful stamp collecting albums filled with the most priceless postage on the planet.

Royal stamp collecting isn’t just a relic of a bygone era. In fact, it was back in the news this past November, when Queen Elizabeth II was on hand to celebrate both the 150th anniversary of the Royal Philatelic Society London and the grand opening of the society’s new headquarters.

The Queen, who serves as the official RPSL patron, has not just carried on her family’s tradition of stamp collecting. She is a passionate collector who reportedly owns a collection worth £100million (more than $129 million here in the U.S.). The gem of the collection, an 1847 Mauritius ‘Post Office’ stamp, was the first to be issued by a colonial post office and is now worth an estimated £2 ($2.59 million).

If you’re having visions of dollar signs right now, expecting your own stamp collection to attain that kind of lofty valuation someday — well, we don’t want to shoot down your dreams. However, most collectors we know haven’t come across rare stamps from the 1840s. Many philatelists see their collections more like a priceless heirloom to pass on to future generations than a financial investment.

Stamp collecting is a timeless tradition that brings people of all ages together. It’s no wonder it’s been a favorite pastime of royal families and regular families alike for more than 160 years!

Whether you’re a royal collector or a beginner just learning the ropes, getting the most out of a stamp collection means taking good care of your stamps. At SAFE® Collection Supplies, we offer all the tools you need to preserve your collection, protect your investment, and enjoy your historic hobby to the fullest.

Browse our website to check out our selection of stunning stamp collection supplies, ideal for displaying your own collection, or to give the stamp enthusiasts in your life as a holiday gift. Although our collecting supplies are fit for a queen, they don’t cost a king’s ransom. Place your order today, and feel free to contact us anytime if you have questions or need assistance.

4 Helpful Tips for Your Next Disney® Trip

More than 100 million people flock to Disney® amusement parks every year, and if you plan to be a face in that crowd this summer, we want to help you…
Read More

5 of the Most Valuable Stamps in the World

2019 USPS Forever Stamps to Appeal to Every Type of Collector

For Nature Enthusiasts: Wild and Scenic Rivers – The photos on these stamps can take anyone’s breath away. There will be a dozen different designs featuring photographs that represent the more…
Read More

Ever since 2000, when Disney® first made collectible pins for collecting and trading, Disney® pins have become more than a hot commodity. From old and new characters and Disney® parks…
Read More
Create a new list