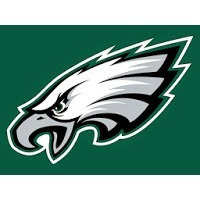 In honor of my local football team, and their surprise entry (and quick exit) into the playoffs, I thought I would talk about Eagles. No, not the Philadelphia Eagles. American Eagles.

Silver Eagles. Gold Eagles. The standard bearer in this country for beauty and preservation of wealth through legal ownership of commodity metal. We love our Eagles. 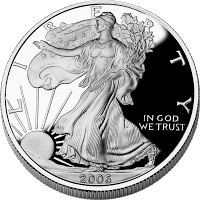 American Silver Eagle Dollars are the official silver bullion coins of the United States. It was first released by the United States Mint on November 24, 1986. It is struck only in the one-troy ounce size, which has a nominal face value of one dollar and is guaranteed to contain one troy ounce of 99.9% pure silver. It weighs exactly 31.103 grams, it is 40.6mm in diameter and 2.98mm thick. Simply one of the most beautiful coins ever produced. That is not just my opinion…it bears to the millions that are collected and traded each year. Take a look at the beautiful design on the coin's obverse which was taken from the "Walking Liberty" design by Adolph A. Weinman, and originally had been used on the Walking Liberty Half Dollar coin of the United States from 1916 to 1947. The obverse is also inscribed with the year of minting or issuance, the word LIBERTY, and the phrase IN GOD WE TRUST. 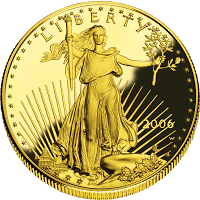 The American Gold Eagle Dollars are the official gold bullion coin of the United States and was first released by the United States Mint in 1986. Gold Eagles are offered in denominations of 1/10 oz (16.5mm), 1/4 oz (22mm), 1/2 oz (27mm), and 1 oz (32.7mm) and are guaranteed by the U.S. government to contain the stated amount of actual gold weight in troy ounces. By law, the gold must come from sources in America, alloyed with silver and copper to produce a more wear-resistant coin. The obverse design features a rendition of Augustus Saint-Gaudens' full length figure of Lady Liberty with flowing hair, holding a torch in her right hand and an olive branch in her left, with the Capitol building in the left background. You would know the diameter of each if you had a coin caliper.

SAFE offers coin capsules, coin cases and coin albums for Silver Eagle Dollars and Gold Eagle Dollars. Rather than letting them sit loose in your safe deposit box, why not organize them nicely in one of our coin cases, or at least protect them for the elements in our air tight coin capsules. They are much too beautiful not to protect. If you need help selecting, just shoot me an email or give me a call at 877-395-SAFE.