You have no items in your shopping cart.

Free shipping on all orders over $99.
Smaller orders are just $9.95

Over 60 years of experience

Product was successfully added to your shopping cart. 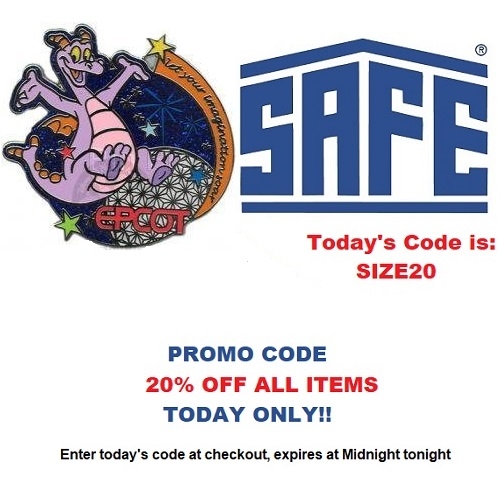 With any collection, there are the elusive, rare items that are seemingly always just out of grasp. Like legends, these limited collectibles teeter on the line between reality and fiction; their existence is proven only by hard evidence. Otherwise, they continue to haunt the grapevine as individuals clamor to obtain these next-to-mythical totems. And then, out of nowhere, someone acquires this rarity and collectors everywhere revel in its sweet, sweet glory. The hunt is exhilarating, and the prestige that accompanies procuring a rare item is invigorating.

Rare collectibles, and collecting in general, is most prevalent when it comes to Disney Pins. For years, Disney fans everywhere would chase these pins all throughout the “Happiest Place on Earth”, trading with fellow collectors and following the “Disney Pin collector” etiquette. Needless to say, the rare Disney pins have been dutifully sought after by pin collectors. We have compiled a list of 5 rare Disney pins for you to seek and attain so you can display them nicely in your Disney Pin Book, or your SAFE Pin Display Case.

The Figment pin is a rare slider that was released in 2003. On the pin, Figment – the purple dragon that portrays Disney’s imagination – materializes from an upside-down top hat when you push on the magic wand. As Figment emerges, he slides directly under a thought bubble that says, “Imagine the Magic”.

Most Disney pin collectors have searched heavily to collect the various cast member pins. Well, this specific pin is one of the rarest. The bronze oval shows Walt Disney sitting on a stool, with Mickey placed on his right knee sporting a cheery smile. Two things make this pin unique: Some of the service pins available have undergone changes, but there is just one design for this pin. The second trait that sets it apart is the pin’s back appears like a black top hat, while most pins look like the iconic Mickey ears.

The rarity of these pins stems from their mistakes. If you spot a Disney pin with an error, you have just stumbled into acquiring a rare pin. However, the New Year’s Day 2000 pin is among the rarest error pins. On the pin, the month “January” is misspelled to read “Januray 1, 2000”. These are particularly rare because there are a finite amount (roughly 1,500 left according to collectors).

Similar to the error pins, the Flubber Mystery pin established its rarity because of the limited market run. On the back of each pin was a number out of 500, the amount Disney manufactured for this particular pin. Flubber is displayed on the front with the number 2000 and its name across the legs. Released in September 2000, this remains one of the rarest Disney Pins.

Space Mountain is by far one of the most renown Disney attractions. Naturally, to complement the famous ride, the Club 33 Space Mountain pin is exceedingly rare. In 2005, Disneyland held a Club 33 event in celebration of Space Mountain’s reopening. Club 33 alone is already a secret place (located on 33 Royal Street in New Orleans Square, shhhh!) so it is no surprise rare pin was the result of the event. Each member was given an exclusive ride on Space Mountain before its official reopening. The pin shows Space Mountain with “Club 33” emblazoned in gold lettering.

For those interested in purchasing protective pin books, pin display cases, and more, browse our site today at http://www.safepub.com/pin-collecting-display